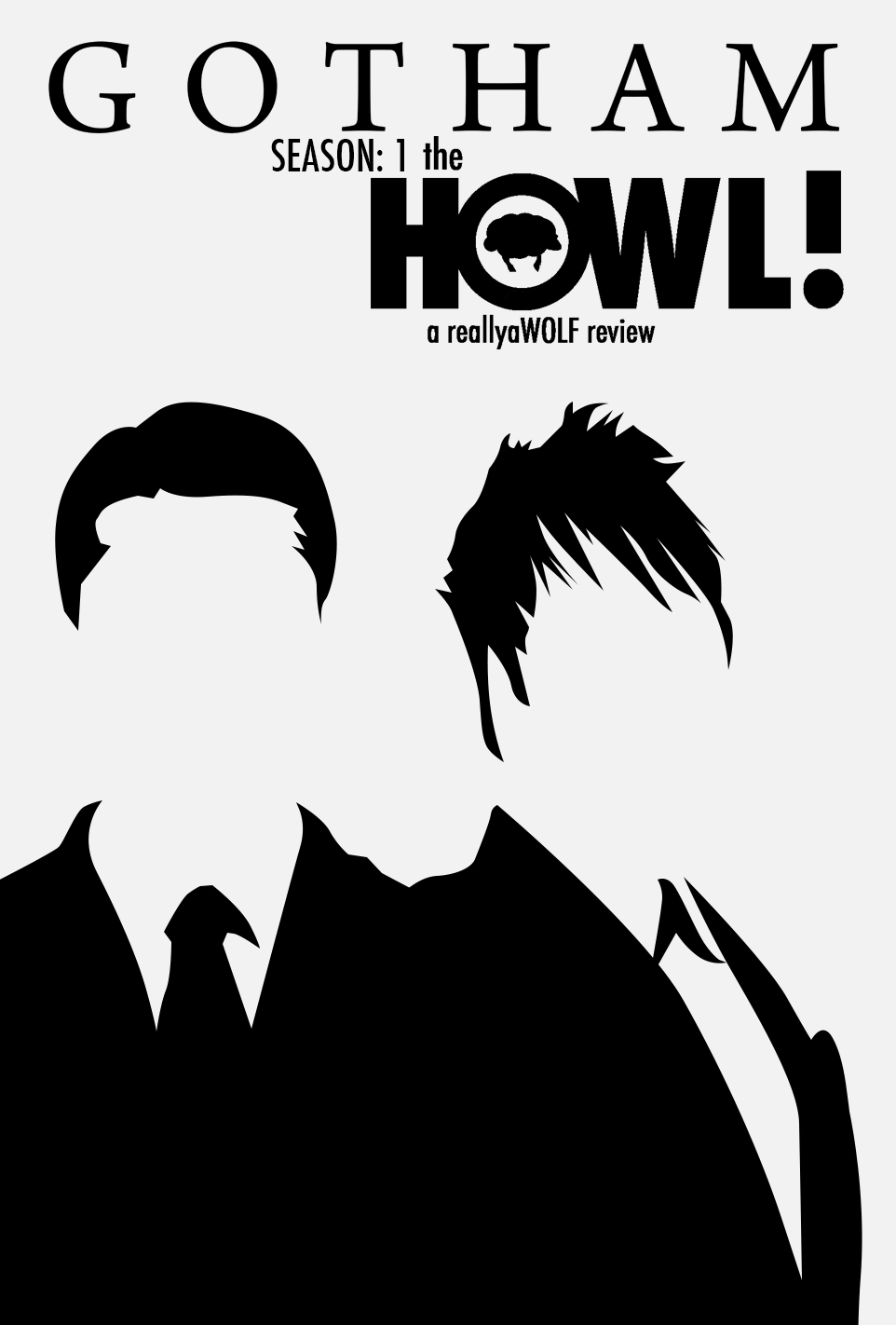 So it seems like everyone has a lot to say about that first season of Gotham so I decided to go ahead and give my HOWL on the good, the bad, and the ugly of Gotham City. SPOILERS AHEAD on the origins of the Dark Knight and his gloomy city. Man oh’ man I cannot tell a lie. This was a rough first season to get through which is crazy because it seems like a concept that should work so well. It almost seems like the story should write itself. The problem is that it doesn’t. Once I actually gave it some thought I began to realize this is a story that would actually be quite difficult to write and it shows. See the problem with writing a series about Gotham City before Batman shows up is that Gotham City doesn’t become an interesting place until Batman shows up. There have been multiple occasions in the Batman lore that have alluded to the fact that the crazy mask wearing villains didn’t show their faces until Batman showed up. What this means is that for the most part your basically watching NCSI with a couple DC Comics easter eggs thrown in. Which does not make for very compelling television. Okay so on to the show. I, to some degree, wish that Jada Pinkett’s character, Fish, was not completely made up for the show and was at least to some degree grounded in the already vast mythos that is the Batman lore. I mean when it comes to villains Batman has the best list of adversaries in comic book history. The only one who even comes close is Spider-Man and he’s a far second. They could have tied her into one of these characters some how. I am at this point wondering how they are going to tie or turn this whole Barbara thing around since we are to believe that this is the same Barbara Gordon Batgirl’s mother Barbara Gordon. I mean at this point they have basically painted her as being this kind of unstable possibly psychotic lady. Catwoman already knowing Batman is odd. At this point I would rather one of two things. 1. They abandon trying to stick to any chronological standing at all and just tell the coolest story possible. Just go ahead and introduce all the villains. Just go straight up alternate timeline with this and just give us a bad ass story of pre-teen super villains and young heroes. Maybe that’ll light a little fire under this lukewarm story. 2. Give us a time jump to right before Bruce becomes Batman. That time in which he is a hero but doesn’t wear the costume. Maybe that will give us the vigilante justice that I think we are looking for. Okay look guys I know it’s not looking good for our prepubescent caped crusader but I really don’t want this show to get cancelled just yet. Hopefully they get another season to get it right. What do you guys think? Are you willing to give it another shot.